Florence explains why some people’s reactions to feelings of anger are more extreme than others and how an Anger Management programme can help.

A transcript of the video follows

Newscaster
Well, Naomi Campbell is not alone in having so-called `anger management’ issues. So if you’re prone to a temper tantrum or two, let’s get you some advice now from Florence Terry, from the British Association of Anger Management.

Thanks for joining us, Florence. Why do some people’s tempers flare up in challenging and frustrating situations, while others just sail through them?

And what we try to do, we often achieve. And therefore people who’ve been trying to control their temper from knee-high can perhaps do it better. Also belief system’s about what is realistic: is it realistic to expect other people to be perfect or not, for example? I talk about lifestyle stress: if we’re under stress, then we are far more likely to explode.

And then finally background, I think, must not be underestimated. When people explode in anger, it’s because they feel generally they perceive a threat and the fight/flight/freeze reaction kicks in. And the brain is associative, so the more trauma somebody’s suffered in the past, the more likely they are to react with an inappropriately high degree of anger to a present situation.

Newscaster
And briefly – sorry to interrupt there – if you are the sort of person that is prey to explosions, how do you retrain yourself not to be that person?

Florence Terry
Some people read self-help books; some people attend anger management courses. I used to be somebody with an explosive temper with my husband, and I went on a British Association of Anger Management weekend course and found that hugely helpful, and much more helpful than the books that I’d read.

Really the first thing to learn is not about not exploding but about not exploding at someone. So Rule 1 of anger management with the British Association of Anger Management is to back off. And then, once you’ve backed off, then time to think about `Why did I react like that? What can I do as an appropriate response?’

Newscaster
Okay, Florence Terry, many thanks for your advice and for joining us this lunchtime. Thank you. 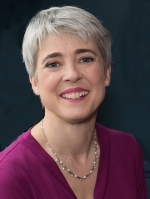 By continuing to browse the site you are agreeing to our use of cookies.
Scroll Up
MENU